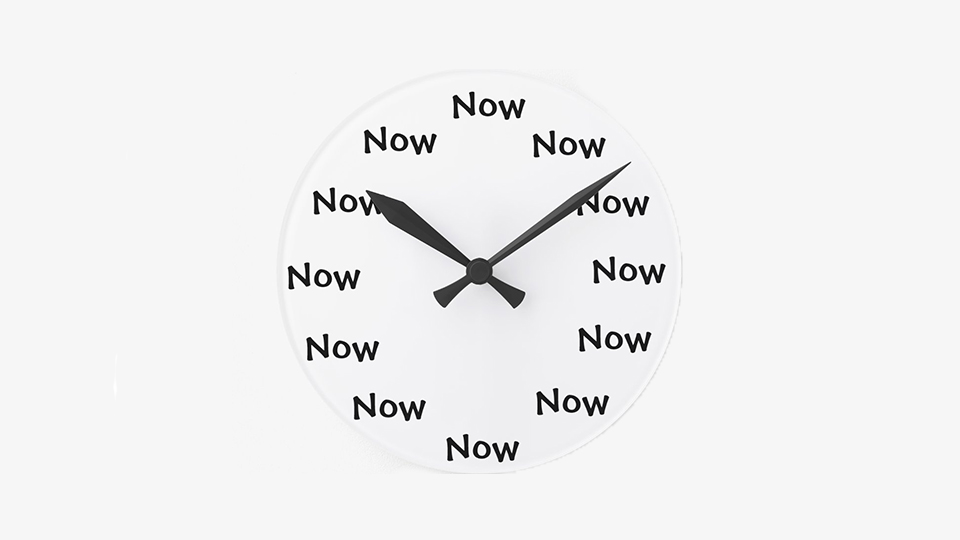 Should you consider extending the ending time of your silent auction to allow for more bidding time?

The short answer is NO! The data tells the story. Review the case study.

The success of any auction is competitive bidding the higher the volume of competitive bidders the higher the revenues, agreed? When you extend the ending time of a silent auction you not only erode the sense of urgency, but you may lose your attendees’ attention span which could decrease overall participation.

Let’s say that you move the ending time of the silent auction beyond the main event feature whether it be a live auction, a special appeal, or a game of last hero. When that main feature ends people perceive that the function is over and will be thinking about going home, dancing, having a nightcap, or something else.

For an in-person event; those who have had enough of the function will be packing up and leaving.  Even with the advantages of mobile bidding which could enable them to continue bidding in the car while commuting, they may be likely not to participate because now they must plan to claim won items at another time.

For hybrid or virtual events, where remote attendees may be already prepared to accept shipping contingencies or a later date pick-up for their won items, they may likely think that when the show is over it’s over and may not be interested in staying engaged for another hour or two.

The best time to end your silent auction is when you have everyone engaged. Why end at a time when your audience has diminished due to lack of interest or them being distracted by whatever they wish to do outside the time they have committed to participate?

We were recently contracted by an organization that had been using Mobile bidding for a few years and liked it very much. The event was a hybrid with people on-site, in-person, and people bidding live, donating, and participating in the mobile silent auction remotely.  We signed a contract and began to develop the run of show. It was then we discovered that they wished the silent auction to end the next day “because the extra time would allow for more revenue.” We advised against this, but they would not budge stating they “always did it that way”.  This was one of the longer delays we have ever been involved with, so we decided to chart the activity for a case study.

At this event, the organization extended the silent auction closing time 14 hours past the hybrid event bidding volume peak into the following Sunday to allow more time for bidding in hopes of realizing more revenue.

This action resulted in a 68% reduction in total bidding volume as only 32% of bidders stayed engaged in bidding activity through to the next day.

Who knows what home projects, family events, worship plans, or other thoughts people had on their minds for their Sunday? Besides they had already given dollars and time the night before.   For the 32% that waited to bid in the last 15 minutes of the event Sunday morning, , they were likely aware that the competition would be low, and they could score some great buys.

Whatever the specified closing time of an auction is, the largest volume of competitive bidding will occur in the final moments of the event because it’s human nature.

Please review the following graph where we plotted the peak bidding and activity times.

This interesting data reinforces the strategy to close your silent auction during a time when your attendees are fully engaged for your group to realize maximum competitive participation. Download a .pdf copy of the case study bidding volume graph. 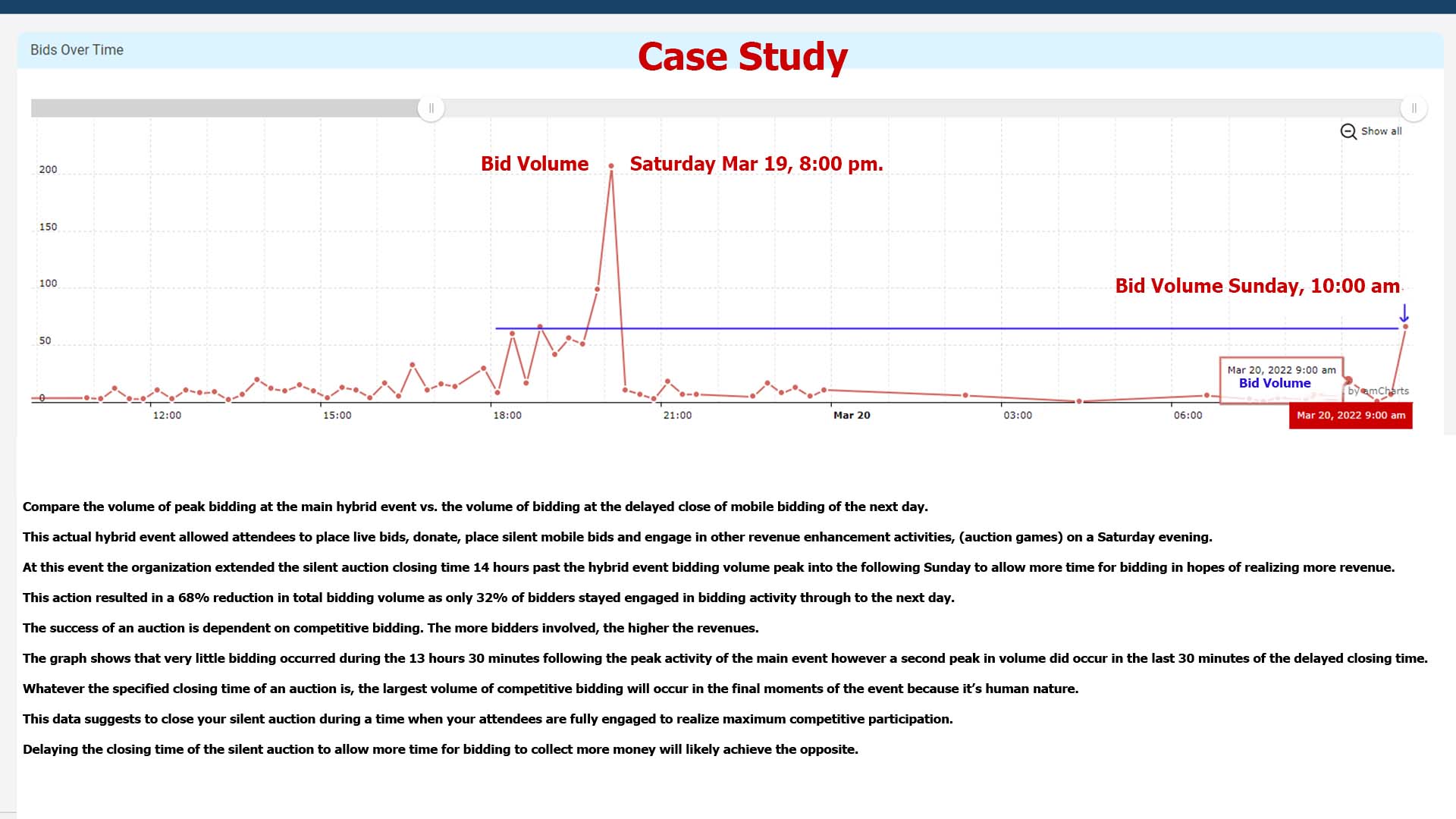